Junae Johnson, a Charleston, Mississippi native, currently serves as the Operations Supervisor for the Ole Miss Student Union. She earned a Bachelor of Business Administration from the University of Mississippi. In her free time, she enjoys spending time with family, reading and hanging with close friends.

Blair Wortsmith, a native of Little Rock, Arkansas, graduated with a Bachelor of Business Administration in managerial finance with minors in journalism and marketing from the University of Mississippi in May 2019. During her undergraduate career, Blair was a member and leader within the Sally McDonnell Barksdale Honors College, Delta Delta Delta sorority, Moneythink, the Associated Student Body and the College Panhellenic Council. In addition, she held the titles of Miss University 2019 and Most Beautiful 2017, and she was a 2019 inductee into the Ole Miss Hall of Fame. Blair is now pursuing her Master of Arts in higher education/student personnel, and she currently serves as the President of the Student Personnel Association.
___________________________________________________________

Jenna Koonce, originally from Mulberry Grove, IL, graduated from the University of Mississippi with a Bachelor of Arts in Public Policy Leadership in August 2020. During her undergraduate studies she was a member of Alpha Delta Pi Sorority, a pageants committee member with SAA, on ASB Freshman Connect, served as a Community Assistant with Student Housing, and a member of multiple honor societies. Jenna is now pursuing her Masters of Art in Higher Education/Student Personnel.

Originally from Nashville, Tennessee, graduated from the University of Mississippi in 2020 with a degree in accountancy. While an undergraduate, he was a member of the Sally McDonnell Barksdale Honors College and was involved primarily in the Student Activities Association and Associated Student Body. Reynolds is now pursuing his Master’s of Accountancy at the University.

Edward T. Wiggins is a native of Clinton, MS. Before coming to the University of Mississippi, he earned a Bachelor of Arts in History at Xavier University of Louisiana in New Orleans, Louisiana. During his time as an undergraduate, Edward served on the Peer Dean Planning Committee as the Director of Community Engagement. In this role, he coordinated service opportunities for first-year students during orientation. He also served as the President of Mobilization at Xavier (MAX), where he supervised multiple targeted student-led community service initiatives throughout the school year. Upon graduating, Edward received the Mobilization at Xavier Leaving a Legacy Award. Currently, he is pursuing his Master of Arts in Higher Education and Student Personnel and serves as the Secretary of the Black Graduate and Professional Student Association. 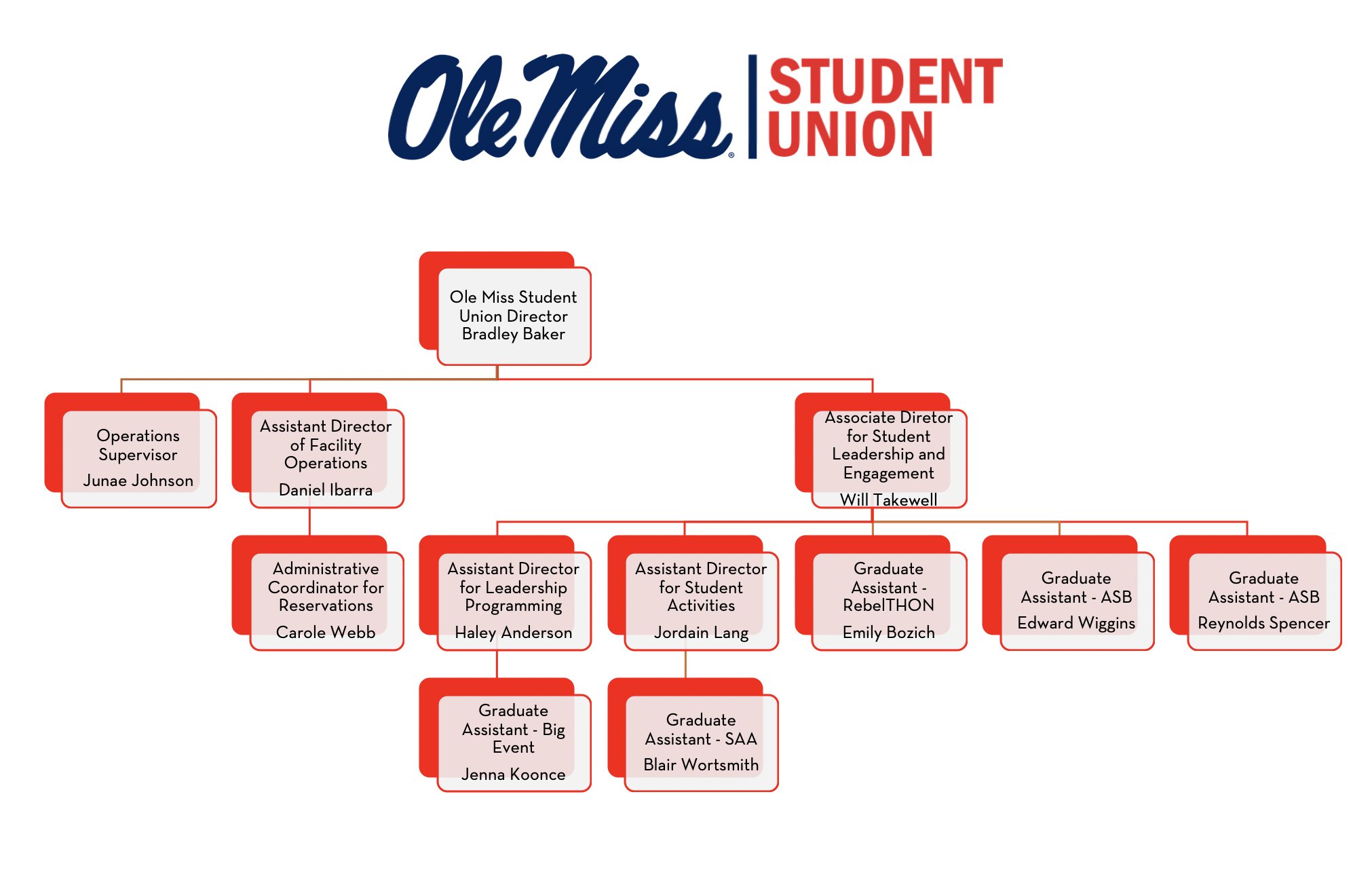